Dani Karavan was born in Tel Aviv in 1930, son of Abraham and Zehava Karavan, both pioneers who immigrated to Israel in 1920. Abraham was the chief landscape architect of the city of Tel Aviv from the early ‘40s to the late ‘60s. 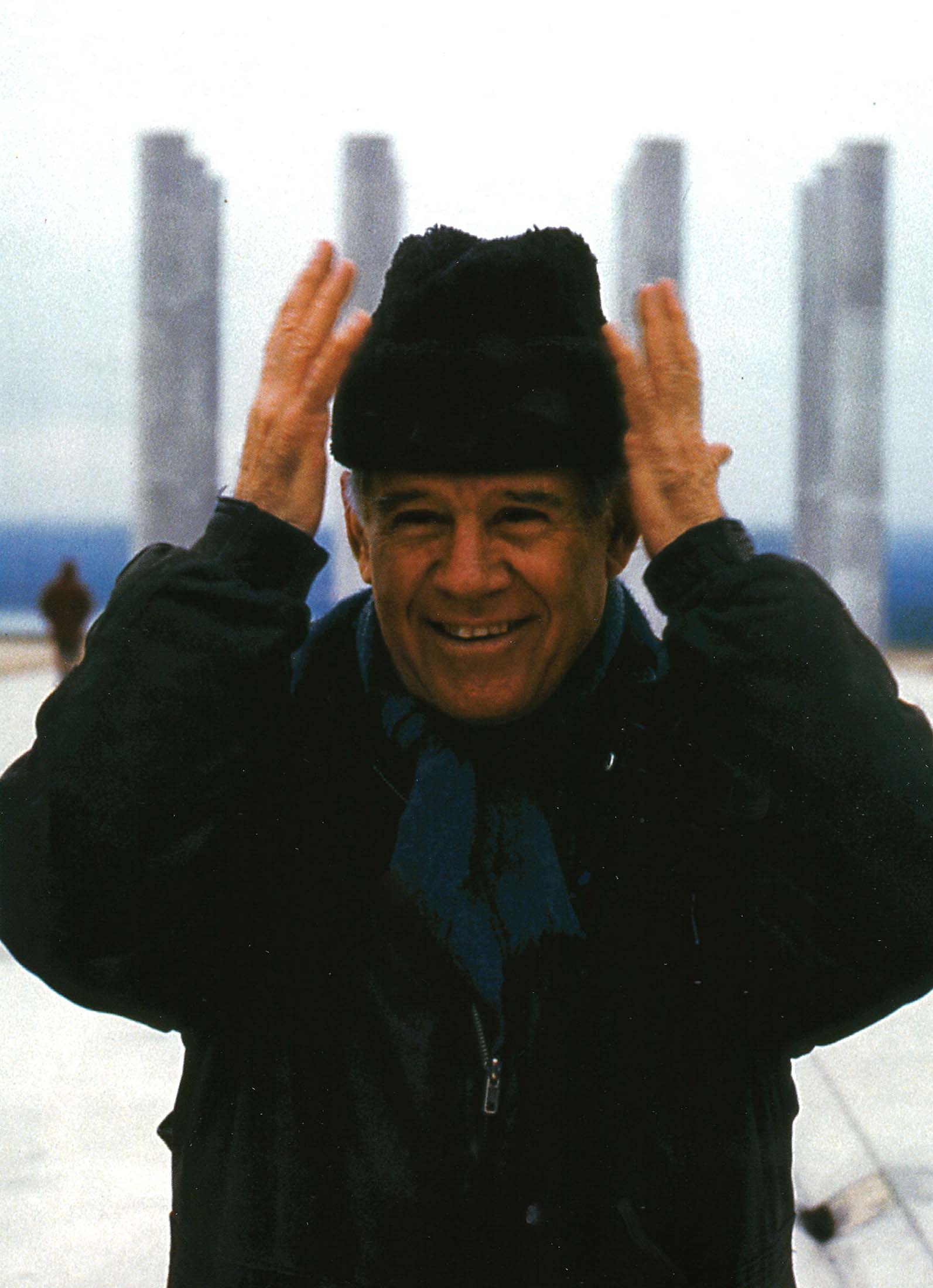 Karavan began studying painting in Tel Aviv at the age of 14 at the Streichman-Steimazky studio, continued with Marcel Janco (1946) and later with Mordechai Ardon in Jerusalem (1949). Karavan was a painter at Kibbutz Harel, of which he was a founding member in 1948. In 1956 he traveled to Florence to study Fresco painting at the Accademia delle Belle Arti and later to Paris to study at the Académie de la Grande Chaumière.

From the early sixties, Karavan designed stage sets for theatre, dance and opera and worked with the Bat Sheva Dance Company, Martha Graham and Gian Carlo Menotti among others. At the same time, he created a stone bas-relief in the assembly hall of the Knesset in Jerusalem (Pray for the Peace of Jerusalem, 1965-1966) and his first site specific environmental sculpture – the Negev Monument (Be’er Sheva, Israel 1963-1968), which became a landmark in Environmental Art.

In 1976 Karavan represented Israel in the Biennale of Venice and a year later he was invited to participate at the Documenta 6 in Kassel. Since then, he has been commissioned to create environmental sculptures in Israel, France, Germany, United States, Korea, Taiwan and Japan to name a few. Some of his most celebrated works include Axe Majeur (1980-ongoing, Cergy Pontoise, France), Passages – Homage to Walter Benjamin (1990-1994, Portbou, Spain), Murou Art Forest (1998-2006, Murou, Japan), Memorial to the Sinti-Roma (1999-2012, Berlin Germany), Square of Culture (2005-2012, Tel Aviv, Israel) and White Square (1977-1988, Tel Aviv, Israel). He has exhibited in numerous museums around the world and is a recipient of prestigious international awards, such as the Israel Prize (1977); Silver Medal for Plastic Arts of the French Academy of Architecture (1992); Goslar Kaiser Ring for Visual Art, Germany (1996); the first Unesco’s Artist of Peace (1996); Praemium Imperiale – the Nobel Prize for the Arts, Japan (1998); the Goethe Medal, Germany (1999); Premio Michelangelo, Carrara, Italy (2005); Knight of the French “Légion d’Honneur” (2014) among others.

Dani Karavan is married to Hava and father to Noa, Tamar and Yael, grandfather to Itamar and Alma. He lives and works in Tel-Aviv and Paris.